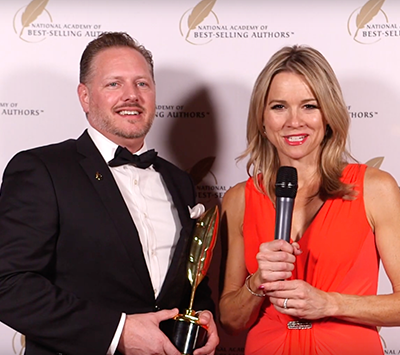 Recently, Mike attended the Quilly® Awards to accept his induction into the National Academy of Best-Selling Authors® for his work in “Momma’s Secret Recipe for Retirement Success”.

The Quilly® Award was founded by the National Academy of Best-Selling Authors® to commemorate an author’s achievement of being named to a nationally recognized Best-Seller list. The National Academy of Best-Selling Authors® was created by attorneys Nick Nanton and JW Dicks. At their annual award ceremony, they recognize best-selling authors® from many categories and lists – including many independent lists – across many different genres. This is done at the Annual Golden Gala′ in Hollywood.

Check out the video of Mike receiving his Quilly® Award!

The specified carousel id does not exist.